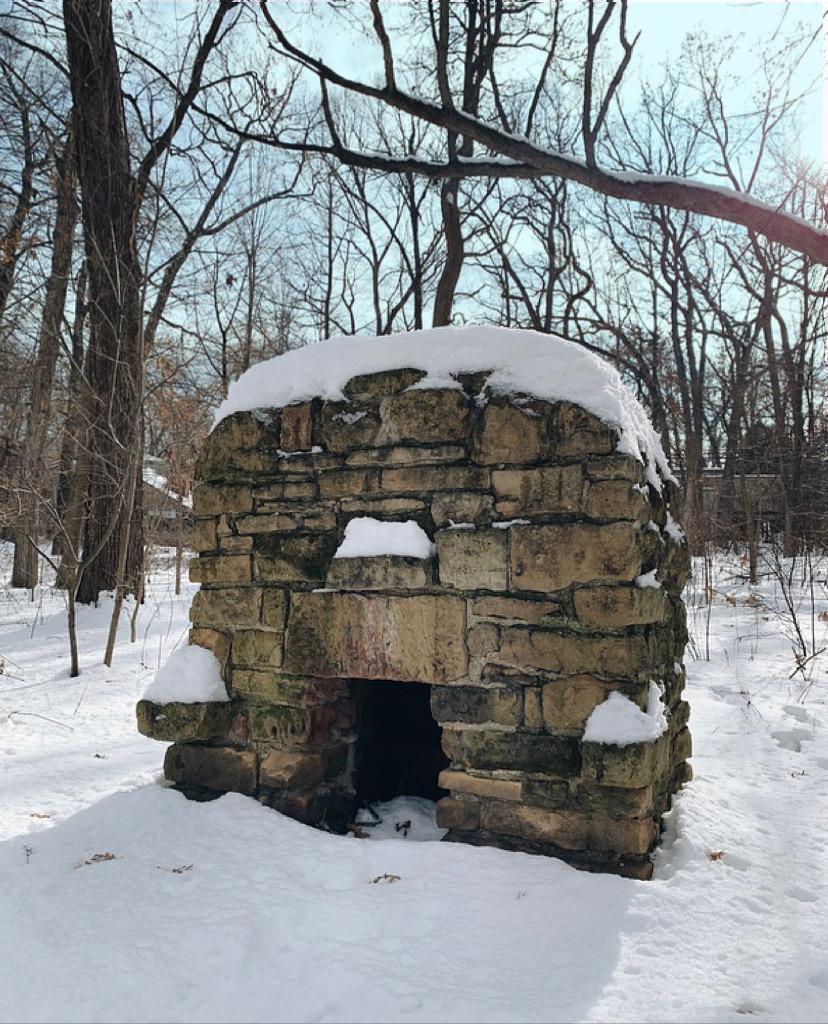 A lone Miller Lite lay half-submerged in the snow near a hiking trail in Hoyt Park, located in central Madison about a mile southwest of University Hospital. The Rocky Bluff Neighborhood Association, one of five neighborhoods surrounding the park, featured the piece of litter in a Facebook post along with the caption: “the garbage can was all of 20yrds away, but the REAL crime is the terrible choice in beer, which should double any fine.”

Community interest and engagement in Hoyt Park has been integral to the park’s restoration and upkeep. The City of Madison gained property rights to the park in 1890, and at the time, the 24 acres of land was stone quarry, according to the City of Madison Parks Division’s website. Operations in the stone quarry ended in 1933, and the park began to be developed during the Great Depression when programs like the Works Progress Administration and Civil Works Administration employed workers to improve different areas of the land.

During that time, Italian masons from the nearby Greenbush neighborhood used materials from the quarry to build stone fireplaces and tables around the park. Eventually, however, money funding these projects ran out. By 1994, the park had suffered from years of neglect. In 1995, a group of neighbors formed Friends of Hoyt Park, a non-profit corporation dedicated to enhancing, protecting, maintaining and enjoying the park, in response to community concern about the deteriorating history and landscape.

"The Friends of Hoyt Park were founded almost 30 years ago, and I think the main organizing drive was to help restore some of the historic stone structures in the park. They were 50 years old and starting to show their age, and the city really didn’t have the budget for it,” Astfalk said. “So, Friends of Hoyt Park got involved, fundraised to help get some repairs made on those structures was kind of the big thing, and since that, the emphasis has been on a lot of restoration of the natural areas in the park, maintaining the trails, and just having activities to bring people into the park and enjoying the park."

Much of their restoration work includes the controlling of invasive species. The Friends have organized a number of controlled burns in the park’s prairie areas that help recycle nutrients and limit the growth of non-native plants. Additionally, they lead monthly work days when volunteers spend the day hand-pulling invasive species. Honeysuckle, buckthorn, garlic mustard, dame’s rocket and jumping worms are among the most common that the volunteer group deals with, Astfalk said. Astfalk added that, if it weren’t for the Friends’ work, the park would be a much less hospitable place for Madisonions. Though the City of Madison would be able to maintain the park’s bathroom and parking lot, the park’s trails would be in poor shape and overgrown with invasive brush.

However, given that the division oversees 260 parks, commitment to these parks from individuals of surrounding neighborhoods is essential for the Parks Division to carry out its mission.

“We very much value the work that Friends Groups do, especially the Friends of Hoyt Group,” Laschinger said. “They’re able to provide a higher level of service in the park than what we’re able to do within the resources that we have.”

Several other park volunteer groups exist within Madison, like the Friends of Cherokee Marsh, who focus on restoration work next to the Yahara River. Another volunteer group fundraised with Madison neighborhood associations and other private sources to lead a pollinator project at Odana Golf Course, Laschinger said. That group has been able to build a large monarch waystation to provide habitat for the struggling pollinator population.

“There are different groups within different neighborhoods that help with maintaining the parks, and the relationships are all different,” Laschinger said.

The collaboration between the Friends of Hoyt Park and the Parks Division is generally very friendly, Astfalk said. For instance, the two organizations work to hire a summer ranger that works on different projects, like removing invasive species, within the park for three months. While the Friends of Hoyt Park funds and directs the ranger’s work, the Parks Division is responsible for hiring them as a city employee.

Further, the Parks Division gives a certain amount of ownership to the Friends’ group: when a troop of Eagle Scouts asked the Parks Division permission to put bat houses in the park, the division made sure they got support from the Friends of Hoyt Park before approving the project. This relationship between the organizations illustrates a deeply valued partnership, Laschinger said.

But perhaps the best reward from community involvement are the relationships that develop within the volunteer groups.

“I think just highlighting the Friends as a place for people to meet and get to know each other while enjoying the park, it’s really been a good thing for that,” Astfalk said. “Our volunteer group gets to be very close, and we get volunteers coming from different organizations … but there’s that core that are always there to help hold the glue together.”