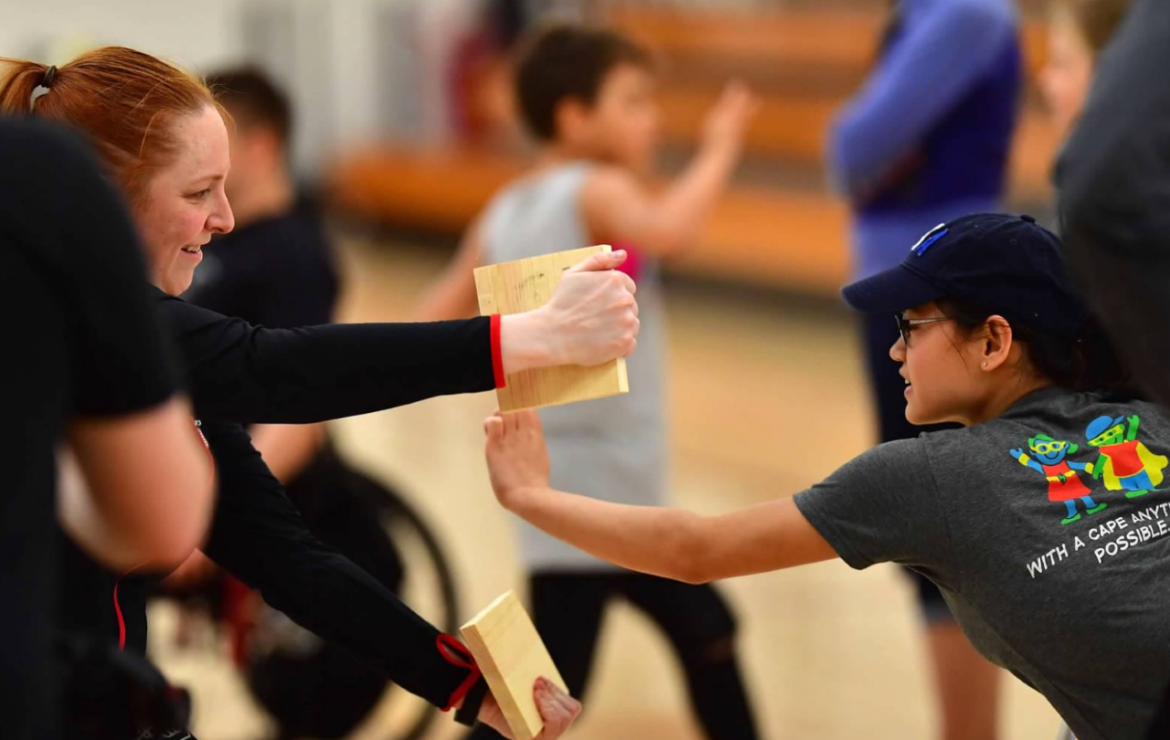 You have lived your entire life like anyone else. You wake up, go to work and come home to spend your free time in whichever way you choose.  But after two car accidents you are left shocked by a multiple sclerosis diagnosis, a neurological disease that causes pain, fatigue and issues with coordination.

This is what Alyssa Fencil, 39, from Stevens Point, Wisconsin dealt with back in 2008. The then 26-year-old was diagnosed with multiple sclerosis, but chose to keep this private. Eventually, she made her diagnosis public after deciding to join the U.S. Para Taekwondo National Team.

Fencil did not have a linear journey to the national team. Between MS, injuries from the accidents and other health issues, she did not participate in athletics in the early years of her life.

“I never was the athlete in high school,” Fencil said. “Probably because I have always had some level of discoordination which was probably the MS, I just didn’t know I had it. Now I can do it. It also helps me keep active and keep healthier.”

“They make everything super large so that they can get it going, and then they pull the rug out from under a bunch of people,” Fencil said. “You’ve got someone with both hands fighting somebody who only has one, the optics of it doesn’t look good. They really wanted the optics of limb deficiency only.”

Although Fencil can no longer compete at an international level for taekwondo, she has found a new home in track and field through Dairyland Sports. The Madison-based, not-for-profit organization works to create equity in sports by advocating for adaptive sports in Wisconsin.

Fencil was first introduced to Dairyland Sports in 2018, when she represented Five Rings Martial Arts to speak at one of the clinics at the Dairyland Games.

“We got invited to come do some public speaking as I was getting going with taekwondo,” Fencil said. “Just to show the athletes that were participating in track and swimming that there are other sports out there that you might not initially think you’ll be able to do.”

The following year, Fencil decided to try participating in the Dairyland Games as a track and field athlete. She mostly focused on field events such as discus and shot put. This was a new sport to Fencil; she had to rely on the staff at Dairyland Sports to teach her some of the basics.

“My first discus throw, I couldn’t figure out how to throw the discus,” Fencil said. “They were trying to teach me and I couldn’t get it to go and then I stepped in the pit and did my first practice throw and just about took off the line judge’s head.”

Although there was a learning curve, Fencil has excelled in track and field since she began in 2019.

“I was on the short list to go to Tokyo for shot put. Despite that I only have been training for a year,” Fencil said.

The staff at Dairyland Sports have been able to watch Alyssa grow through the transition from taekwondo to track and field. They had nothing but words of praise for her and the attitude and energy she brings to adaptive sports.

“Alyssa is dynamic. Alyssa is tenacious. She has a really high motivated spirit,” said Dairyland Sports founder Jacob Graboski. “She has no quit in her, and that’s the type of positive attitude that we like to see. As a coach and a personal trainer, she is the perfect athlete because she will get knocked down, but she will always, always get back up.”