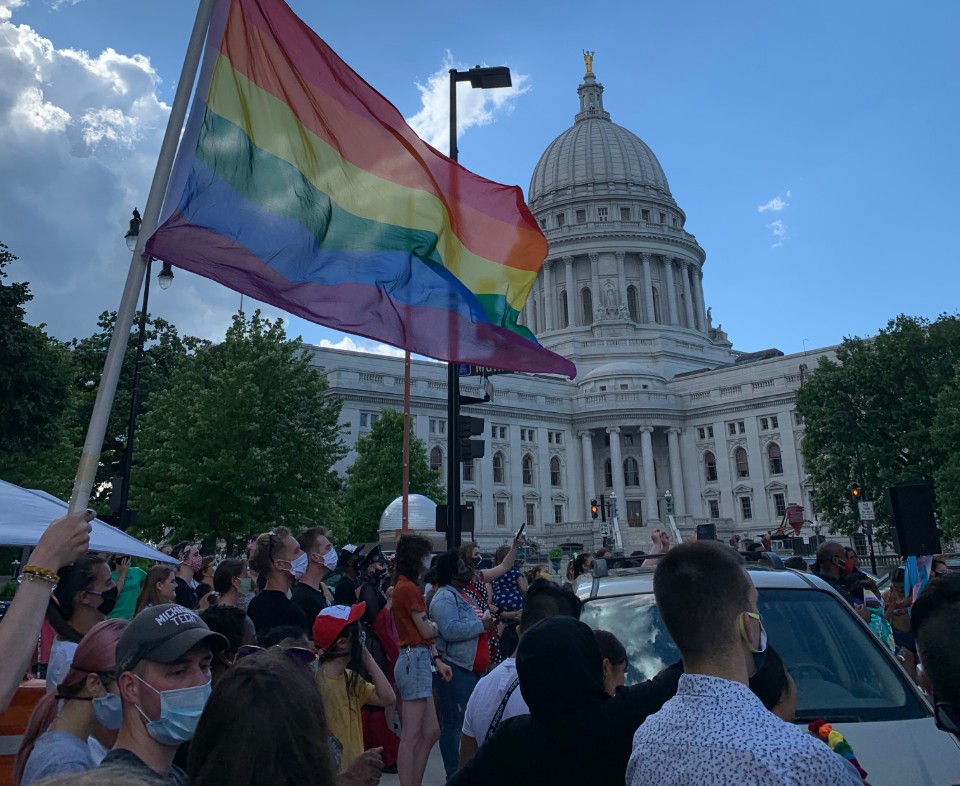 Freedom Inc., Urban Triage and The Party for Socialism and Liberation partnered to hold the “Pride for Black Lives” event on Friday, June 12th around the Capitol Square. Self-described “MC” Bianca Gomez announced that this event was put together in just 48 hours, as many cities were forced to cancel usual Pride festivities due to the COVID-19 pandemic.

Starting at the Capitol, the diverse crowd of what appeared to be hundereds of LGBT+ people of color and allies marched around chanting cheers including “Black lives matter...and queer lives too!” and “This is what democracy looks like!” Hashtags like #AllBlackLivesMatter filled colorful posters among the usual #DefundPolice and #FreeEmAll seen at past few weeks’ protests.

After some time marching, all were welcomed around a makeshift stage on Martin Luther King Jr. Boulevard to watch drag performances of lip syncing and dancing in bright costumes. Following the performances, viewers were invited to join what was coined as a “mini-ball”, in which the previous performers served as judges of the best catwalk, outfit and signs of participants.

“The energy at BLM for Pride was magnetic ––  we got to magnify Black identities which was truly magical to witness. I was so happy to be involved in this event, but I cannot stress enough that it does not end here. We must keep fighting to end racism against black lives in all forms!”

Madison is one of many cities to participate in the movement against police brutality by both LGBTQ+ and Black Lives Matter allies. New York, Philadelphia, Chicago and Los Angeles were among the larger cities to rally in support of the LGBTQ+ community, with focus on the disproportionate rates at which black trans individuals are victims of violence.

After attending several protests in the past few weeks, Carstens said, “being a woman of color in America, it is enlightening and has truly brought my spirits up being in a community filled with love and celebration for all gender identities and black lives.”