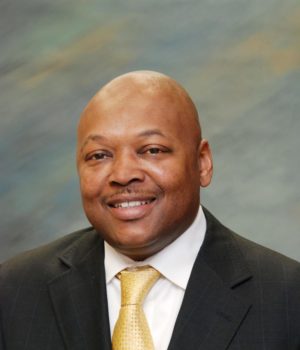 Dr. Carlton Jenkins, a finalist for the Madison Metropolitan School District superintendent position, said it is time to move the district forward.

“A courageous conversation with no action is a waste of time for everyone,” he said during a community listening session Tuesday.

The session, streamed on Facebook Live, was meant to get community feedback so MMSD school board members can choose the next leader of the 27,000-student district, who could start as early as August.

Jenkins has Madison ties: he was a principal at Madison Memorial High School in 1993, and received his Ph.D. from the University of Wisconsin-Madison. He is the superintendent of Robbinsdale School District in New Hope, Minnesota a northwest suburb of Minneapolis.

Kelley is expected to participate in a “virtual tour of the district” Wednesday with a community listening session set to stream on Facebook Live at 7:15 p.m.

During the question and answer session, Jenkins said he has done his homework and he knows the district needs to rebuild trust with the community and reduce opportunity gaps.

Jenkins stressed his success with increasing graduation rates in his last two positions.

Jenkins said before he would begin making changes he would first listen and learn from staff and students so the district can then improve programs and visions already in place, such as Black Excellence, removing School Resource Officers and family engagement.

The school board unanimously voted Monday to terminate the district’s contract with the Madison Police Department and remove SROs from schools.

“Now that we don’t have the SRO in schools we have to ask the question — did they have to be there in the first place?” Jenkins said. “How did we get there to that point where we thought we needed resource officers in schools, and now that we don’t have resources officers what is the plan? Everything that you look at right now in the literature is talking about the increase in social-emotional and mental health issues that our students are having. We have individuals that we can learn from, individuals we can look to at the state and national level.”

Jenkins said he was impressed that the district’s third goal in the strategic framework was for African American children and youth to excel in school. Stating that the district does need to call out the opportunity gaps among students including Hmong, Latinx and students with special education services, but specifically, the need for equity amongst Black students.

“Let’s look at Madison historically,” Jenkins said. “I was here in ‘93 and we had challenges then and we have challenges now. It is time to address it. We have to bring in community partners who have an even better historical context and we have to get our staff together…when we say excellence for all, what does that mean?”

Jenkins is part of the district’s second search for a superintendent, after Dr. Matthew Gutierrez of Texas withdrew his acceptance on March 31, stating in a letter to the MMSD he wanted to lead his current district, the Seguin Independent School District, through the COVID-19 pandemic.

Jennifer Cheatham, the district’s former superintendent from 2013 to 2019, left for Harvard nearly one year ago and Jane Belmore has been serving as interim superintendent since.

One of the last questions asked during the community session was how, if selected, he would deal with the pressure of being the first Black superintendent.

Jenkins said that pressure of Black man has been his reality for 54 years.

“I can’t do anything about how someone is going to see me and I don’t want to do anything about that,” he said. “I will come at you every day as an African American male, you need to know that. And for whatever narrative you’ve been given about that you need to try and understand that human decency is bigger than that narrative you’ve been given. Recognize that you have a superintendent coming to you that went to school, graduated, doubled out of (UW) Madison with a winning dissertation, that has been around the country making positive contributions to children’s lives and would want to come back to Madison to continue to make great contributions.”