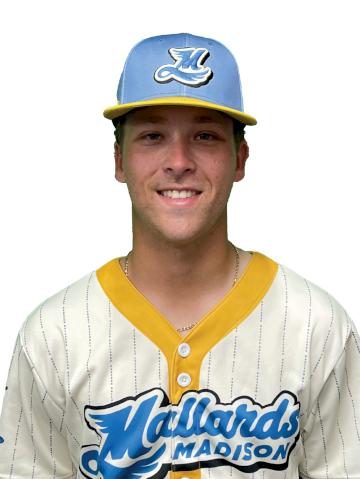 “It was a really fun time to be out there with the team tonight just watching the guys pick me up...we got it done tonight,” Turnquist said.

After retiring the first seven batters he faced, Turnquist escaped a one-out jam with runners at second and third with a punchout and flyout in the third. One inning later Turnquist protected the no-hitter once again by stranding the bases loaded after forcing Chinooks catcher Riley Swenson to ground out. Turnquist said preserving the victory mattered more than getting the no-hitter.

“It was in the back of my mind...but, you know, as long as we won, that’s really the most important part,” Turnquist said.

Mallards reliever Sam Vomhof showed no mercy in his three innings of work, recording five strikeouts against the nine batters he faced. Kade Lancour closed out the game with two hitless innings and was swarmed by his teammates after notching the final punchout.

“Win, lose, draw, I’m always proud of those guys,” Davidson said. “As long as they keep playing hard, I’ll always be proud of them.”

A slow-starting Mallards offense finally got on the board in the seventh, when Lakeshore reliever Luis Canez hit Madison catcher Drake Baldwin on the left foot with the bases loaded. Baldwin said the hit-by-pitch didn’t bother him a lot.

“It really didn’t hurt that much. Hit me in the foot, good spot to get hit,” Baldwin said. “If we’re scoring a run, I’ll take it any day.”

Mallards left fielder J.T. Benson piled on later in the inning with an RBI single to right for a 2-0 lead, and third baseman Liam Moreno added another run the ugly way by chopping a ground ball into a run-scoring double play. Baldwin said the team’s offense came alive once they could get past Lakeshore’s starter Ryan Jungbauer.

“They had a good starter we just couldn’t get any runs through,” Baldwin said. “Once we got to their bullpen, I mean we just...strung together good at-bats...and had some clutch hits with two outs.”

Madison right fielder Bryant Shellenbarger tacked on the final run of the seventh inning with a single slapped into center field, an accomplishment he celebrated by raising his arms to the heavens. Baldwin blasted an RBI double past the outstretched glove of Lakeshore right fielder Jackson Gray in the eighth to seal the 5-0 triumph.

Baldwin said the team must maintain this momentum with them in the final stretch of the season.

“Every game’s huge,” Baldwin said. “Make it like playoff baseball...so we gotta...keep this up the rest of the year.”