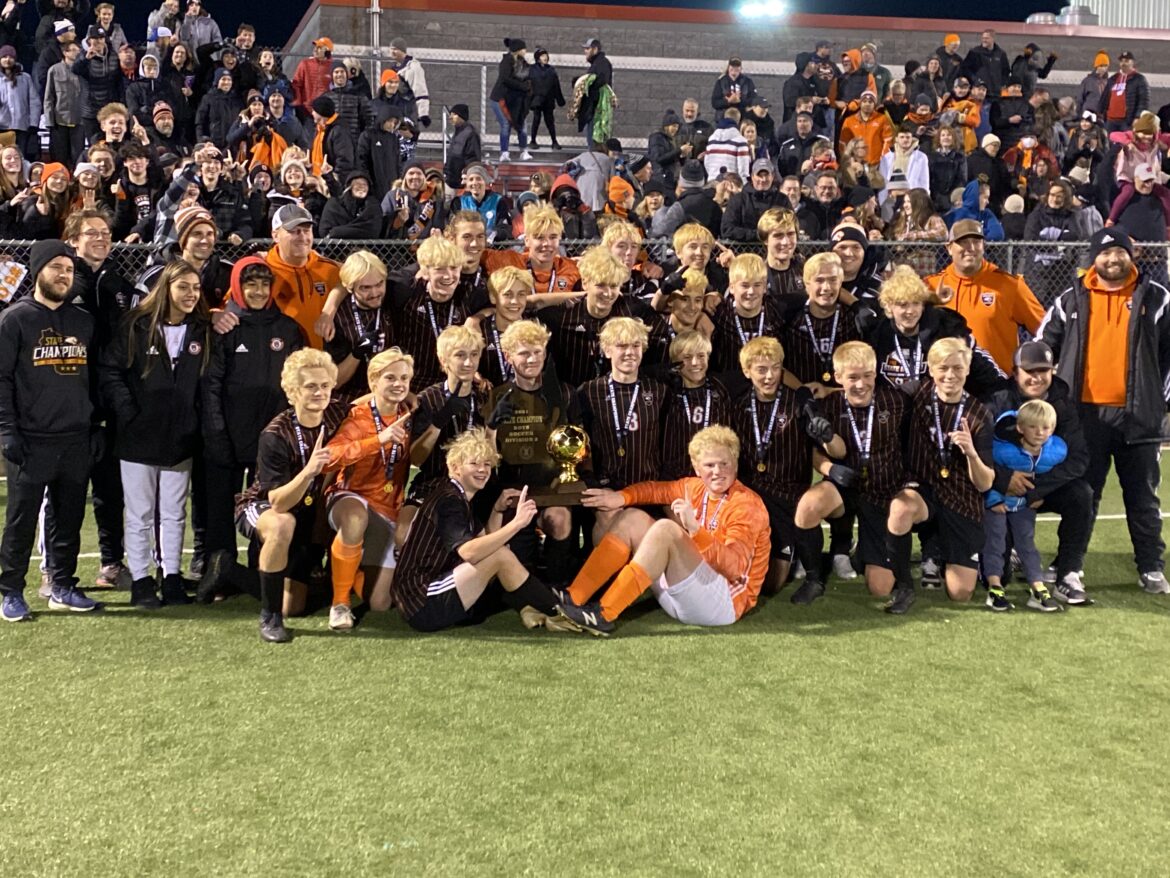 The Panthers were undefeated going into the championship game, touting a 21-0-3 record, earning them the No. 1 seed in the tournament. This did not deter the second-seeded Blue Devils, who were led by seniors Mitchell Dryden and University of Wisconsin-Milwaukee commit Ben Grimm. Both teams came to play a physical game, resulting in six yellow cards being handed out by the final buzzer, favoring Oregon 4-2.

Oregon and Whitefish Bay displayed their offensive prowess throughout the game, with a fast paced, up-and-down play style. The majority of Oregon’s offense came from Malcook who finished the game with one assist and two goals.The deciding goal came in the 46th minute off of a penalty kick from Malcook that put the Panthers ahead, 2-1.

“I just had confidence in myself,” Malcook said. “I just knew I was going to put it into the back of the net.”

The first half started with a bang, when senior Alex Rodriguez scored Oregon’s first goal in just under three minutes. However, Whitefish Bay’s constant defensive pressure in the backfield allowed the Blue Dukes to punch right back.

The Blue Dukes scored a goal just 11 minutes later and kept possession of the ball a majority of the first half. The goal by Dryden was the Blue Dukes’ only score of the game.

The defense was able to hold the high-powered Blue Duke offense at bay, with senior goalkeeper, Casey Farrar, totaling four saves in the game. The Oregon defensive line also put in a lot of work in the second half to keep the ball out of the backfield to make Farrar’s job easier.

For their run to the state championship, all of the Oregon soccer players dyed their hair blond to follow a tradition that was started in the 90s. According to head coach Chris Mitchell, this was something that helped them “dig in” and work cohesively as a group.

“There is an overall sense of togetherness, there is no one guy on this team that made our team, just a balanced group of guys that are family,” Mitchell said. “There is a legacy that lives strong with these boys.”

This was Mitchell’s second championship as the Panther’s head coach in three tries.

“It’s really surreal, for these guys to go a whole season undefeated,” Mitchell said. “They have just continued to find ways to get it done all year and what a way to cap it off.”