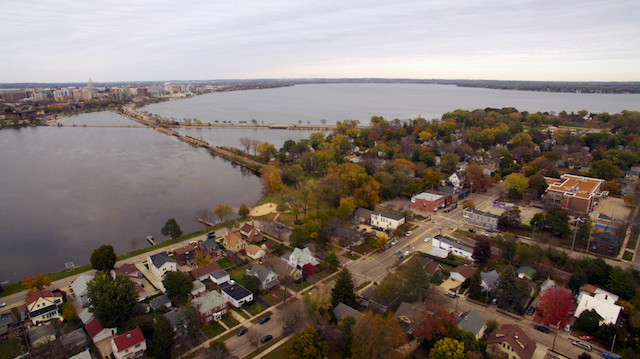 Pandemic relief program hampered by application backlog and other issues

As the nationwide eviction moratorium expires and rental assistance applications continue to pile up, activists and community leaders are sounding the alarm. They warn of the potential for an exasperated housing crisis and further backlog in aid rollout if substantial reforms to housing policy are not made.

Approximately 8.8 million renters fell behind on rent payments across the United States in 2020 — a burden that fell disproportionately on Black and Latino tenants. Congress and the Centers for Disease Control moved to stop the bleeding in 2021, implementing a rent moratorium and dispensing rental assistance funds through the CARES Act.

Wisconsin Community Action Program Association executive director Brad Paul said his organization managed to dispense federally provided aid to a high volume of Wisconsinites throughout the majority of the state.

“Statewide, we’ve gotten out about $28.5 million and reached 14,000 households, and that was every county in Wisconsin through programs statewide,” Paul said.

Federal aid, however, comes with a caveat. Paul said counties whose populations exceed 200,000 people, known as entitlement areas, receive grants from the Department of Housing and Urban Development, but are then required to work independently with local organizations to dispense rent relief.

With a population of over 500,000, Dane County is considered an entitlement area and works closely with contracted organizations including Urban Triage and the Community Action Coalition to administer aid through its Dane CORE 2.0 program.

While the expansions of Dane CORE 2.0 come with additional costs and further bureaucratic complications. Wisconsin Rep. Francesca Hong (D-Madison) said the increased cost addressed gaps in the previous program that limited the ability of tenants to cover the basic costs of living in a rental space.

“We saw what happened when the federal government sent out those stimulus checks,” Hong said. “It’s not just rent that a lot of these folks who are unable to cover costs right now are getting behind on, its everything that was listed there [by Dane CORE 2.0].”

County and city officials hoped for a smooth expansion of Dane CORE as it transitioned to a new partnership with Urban Triage, but a series of issues made it difficult to deliver aid quickly. The program has received a high volume of applications and a flawed changeover to a new platform in September to support Dane CORE 2.0.

Dane County switched to a different online database called Neighborly for its rent assistance program.It offered a variety of perks, including capacity for a higher volume of aid applications, but it also wiped existing applications from the previous website, forcing at-risk renters to reapply.

“Transitioning to a new database didn’t go very well, and there’s been a little lag in processing applications,” said Dane County Supervisor Heidi Wegleitner, District 2. In conjunction with an assistance bottleneck, the county must also contend with existing eviction laws and uncooperative landlords who may or may not accept rent from their tenants, she said.

Wegleitner said the state of Wisconsin, unlike neighboring Minnesota, does not allow tenants to submit their rent payments during an eviction court proceeding, putting them at a disadvantage in legal battles. Additionally, several landlords in Madison have refused to accept rent assistance checks from their patrons, she said.

“If your landlord is not cooperating, then it might delay the processing of the rent assistance, or they might send the rent assistance check back,” Wegleitner said. “Sometimes they do that because they might be evicted for money, or the person is behind on rent or they just don’t even want them there anymore.”

Wisconsin also experienced a steady decline in funding for social services under former Gov. Scott Walker, Hong said, which left state government unprepared for a housing crisis of the magnitude seen during the COVID-19 pandemic.

Hong said a decade-long effort to gut social services in the state and the complicated transition to the new platform for the aid program put Dane County lawmakers and community organizers in a hole that is poised to become deeper in the coming months.

The fast-approaching winter months may lead to a rise in rental assistance applications as tenants scramble to avoid freezing temperatures, Hong said. She fears the ongoing supply chain bottleneck may lead to further limits on the number of affordable housing units available for rent.

“I think with the impending colder weather and the volatility in certain service sectors — in addition to supply chain disruptions — you’re going to see some instability in housing as well,” Hong said.

While Hong and Paul expressed a desire to build more public housing units and close the existing gap, their hands remain tied by the Faircloth Amendment, a provision in federal law that limits the number of public housing facilities that can be built in the United States.

Without removing the current freeze on low-income housing infrastructure, solving the housing crisis in Madison may be difficult, as funds for rental assistance are finite and the number of housing insecure residents is projected to keep rising following the abrupt end to the CDC eviction moratorium.

Even if the Faircloth Amendment was repealed, there are still obstacles to increasing access to long-term affordable housing. Wisconsin’s current eviction laws are unlikely to change in the near future due to partisan gridlock in Madison and the current backlog of applications on Neighborly.

Paul said rental assistance programs may grant temporary relief for at-risk tenants, but will do little to negate the underlying causes of Madison’s housing gap unless county-level relief efforts are met with legislative action at the state and federal levels.

“The programs are not going to solve the housing crisis,” Paul said. “This rent assistance is really critical to help people stay in their homes, but once we get through this, we’re gonna have to do some really serious thinking about how we give people better housing and more affordable housing.”