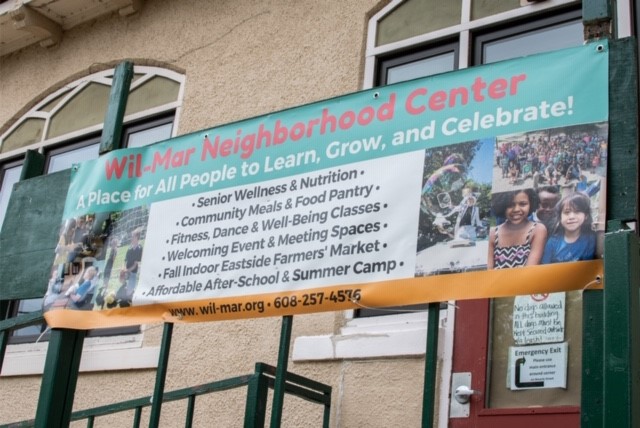 The rate of crime in Madison’s Marquette Neighborhood has steadily increased over the last few years.

In fact, the number of robberies, burglaries and batteries within a half-mile radius of the community’s Wil-Mar Neighborhood Center on Jenifer Street more than doubled since 2017, according to an analysis of Madison Police Department incident reports from the area.

Data from the police reports show there have been at least 15 robberies and batteries in the area this year. Four of the incidents involved physical assaults in public, while two were home break-ins and two were business burglaries. There were just six incident reports related to robbery, home burglary and battery filed in 2017 and 14 incidents throughout all of 2018.

Lynn Lee, president of the Marquette Neighborhood Association, said he has noticed “a real rise” in home break-ins over the last few years. Lee attributed the uptick in crime to the neighborhood’s economic success. He said what was once a blue-collar and rundown area has developed into an upper-class neighborhood where only “a very select group of people” can afford to live.

Lee referenced an incident on Williamson Street in September in which a man stabbed a stranger in the shoulder as evidence of the increasing crime rate.

Jason Freedman, who for three years was captain in the Madison Police Department’s Central District, which covers the Marquette Neighborhood, said the incident reports — which do not account for all the incidents in the area —  show just a “slice” of a broader pattern of increased crime in the neighborhood as a whole.

Freedman attributed the uptick not to the influx of restaurants or changes in the neighborhood’s demographics, but rather to police and city government efforts to address issues in the State Street and Capitol Square areas.

According to Freedman, this so-called “entertainment district” has also seen a rise in violent crimes. He said Madison police have taken efforts like improving lighting, adding cameras to the area and increasing police presence to try to “displace” people who cause trouble.

“We try to make it less comfortable for people who are intent on causing mischief — being disorderly, being violent, engaging in behaviors that are not conducive to the quality of life,” said Freedman, who has since been reassigned as captain in the Midtown District. “Some of the people that have been causing bad behaviors there to go elsewhere.”

In addition to the displacement of people from the entertainment district to places like the Marquette Neighborhood, Freedman said service providers like the three-year-old Beacon homeless resource center and the Salvation Army — both of which border the Marquette and Tenney-Lapham Neighborhoods — also contribute to the increase in crime.

Freedman emphasized the importance of Beacon — “it provides a very important service, a needed service” — but said the “vulnerable” people with “significant challenges” it serves tend to stay in the area.

“(The area) will never be as quiet post-Beacon as it was pre-Beacon,” he said. “That’s simply because you are servicing a very challenged clientele, some of whom are coming in from out of the state, out of the city. They weren’t there before, so that is going to lead to some trickle effects.”

Freedman stressed that homeless people are not the only group causing issues. Lieutenant of Patrol Daniel Nale said drug dealers and other bad actors see the people who use these service facilities as easy to exploit.

The Beacon did not respond to requests for comment.

Officers said they have been working with the city, as well as community leaders, to step up efforts to make surrounding neighborhoods safe. Earlier this year, police assessed putting more cameras on the Capital City Trail, which runs parallel to Williamson Street.

And in the Marquette Neighborhood, Lee and his community members are trying to combat the growing issue through awareness efforts.

“A lot of my job is just constantly putting up on Facebook and on our neighborhood group to remind people to lock their cars and lock their doors,” Lee said.