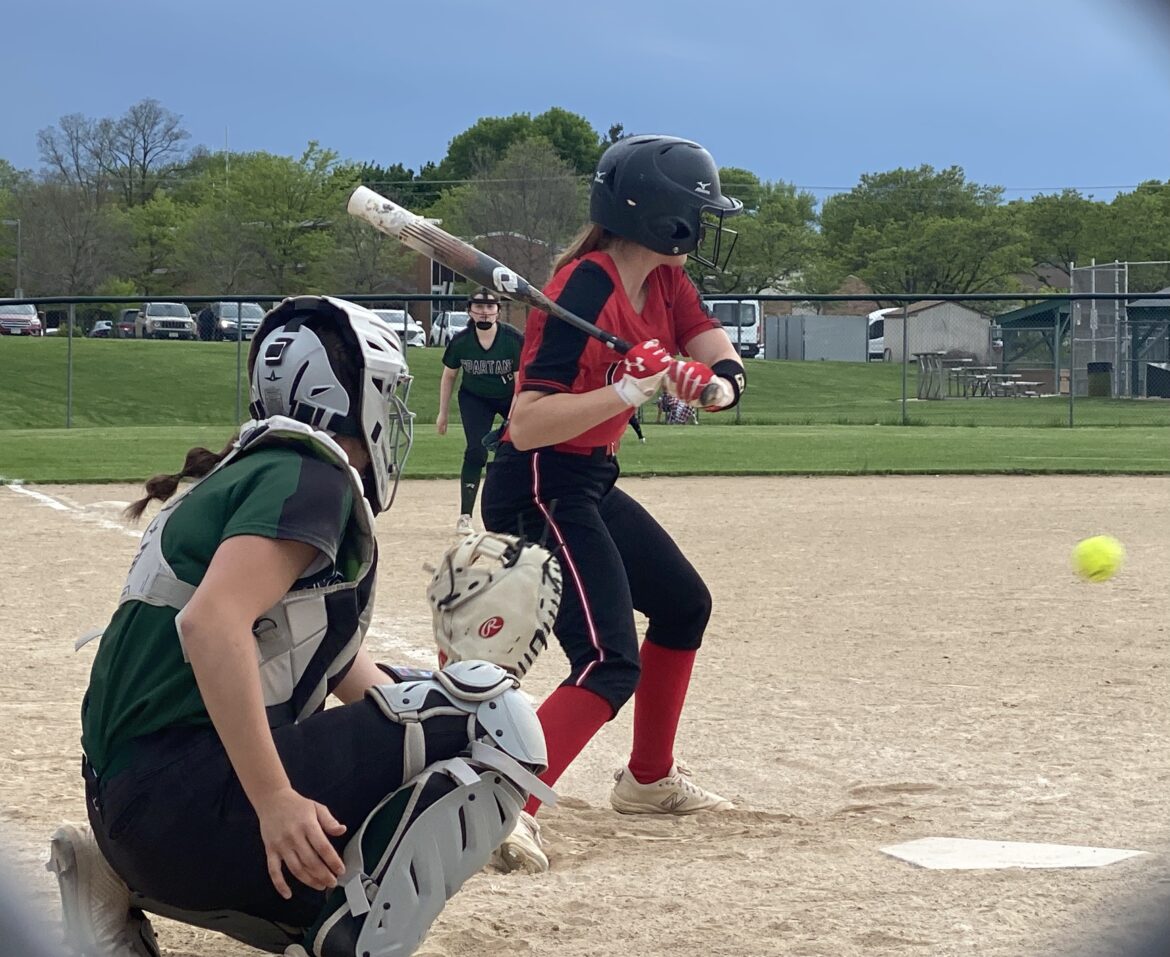 MADISON, Wis. - In Sun Prairie’s second to last game of the regular season, the Cardinals managed to stay undefeated in conference play, moving to 17-0.

Baker had another strong game in the latest matchup with Memorial. Through six innings of work, she allowed three hits and struck out 10 batters. She finished with 89 pitches before sophomore Mckenna Gross relieved her in the seventh inning.

Memorial still valued the offense it managed to generate as progress and something to build upon.

“We have been taking these little victories and learning from them every single game,” Memorial coach Kourtney Peters said. “I think our confidence is much higher than it was at the beginning of the season and that’s always a good thing going into the postseason.”

Memorial’s most notable hitter throughout the game was senior Merit Williams, who hit a double off the left-center fence in the second inning.

Sun Prairie coach Jamie Olson said the key for her team to stay on track in the final two games after clinching the conference is to score before the fifth inning. The Cardinals were able to do that and then some on Tuesday.

Sun Prairie started the fourth inning with a short two-out rally to score one run. Senior Kennedy Schaefer got an infield hit that ricocheted off Memorial pitcher Andrea Jaskowiak. Junior Isabell Royle then brought Jaskowiak home with a double to left-center field.

The Spartans’ best chances to score came in the fourth and sixth innings. They started both  innings with a single and a walk, but failed to put any runs on the board after the leadoff hitters  got out on the basepath and the next two batters were out at the plate. The Cardinals broke the game open in the top of the fifth inning with a series of hits that just barely passed the infielders. Sun Prairie batted through its entire order and scored five runs in the inning.

“I think we went into a little bit of a panic mode with runners on,” Peters said. “A pitcher like [Jaskowiak] initiates either really strong contact or little dinky hits. This time around they were doing the little dinky stuff and there wasn’t anything we really could do to stop it.”

Sun Prairie’s top hitters on the day were freshmen Luci Moreno, who went 3 for 4 and scored a run, and Schaefer who was 2 for 4 with two runs and two RBIs.

Olson said that she is excited to see how Moreno develops after such a successful and promising freshman season. Her production at the plate and solid defense can make her a corner piece for the program.

Memorial’s Jaskowiak finished the day with eight hits, five earned runs, and 11 strikeouts through seven innings of work on 140 pitches.

Both teams will finish the regular season Thursday night when Memorial plays at Madison West and Sun Prairie travels to Middleton.