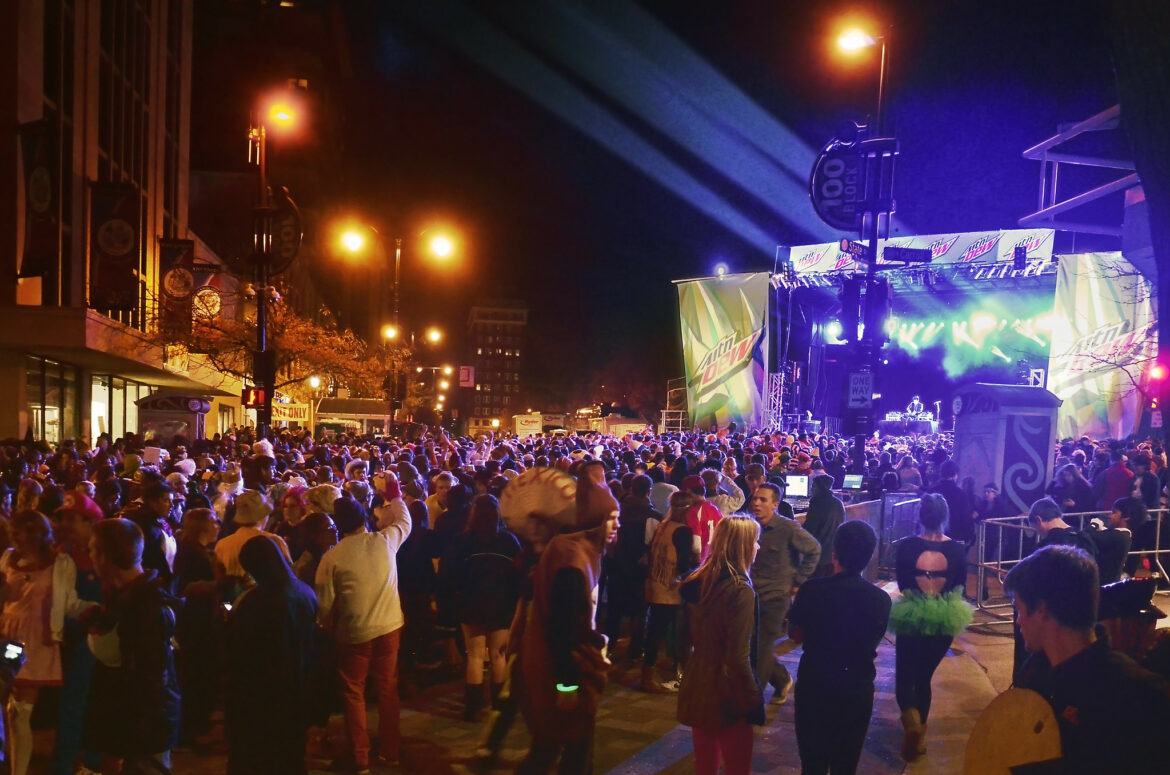 This year marks the third consecutive Halloween without the annual festival

For the third year in a row, Madison’s annual Freakfest event will not occur.

The city no longer intends to have any major events oriented towards students and visitors to the area, citing COVID-19, a lack of funding and a lack of sponsorships for the event.

In the early 2000s, hundreds of police officers were stationed on State Street for Halloween weekend. The officers greased light poles and wore riot gear to control the 100,000-person celebration.

In 2006, Freakfest was officially created as a way to control Halloween crowds on State Street. The city formed gated entries and exits, charging students and locals for admission to the State Street celebrations. As a result, the number of arrests decreased, according to the former City of Madison Police Chief Noble Wray.

In reality, officials said Freakfest was not canceled, but rather it was never on the table this year. Officials at the Madison Central Business Improvement District don’t feel as though the enthusiasm toward the event is there anymore.

Halloween weekend had provided a major tourism boost to small businesses in the city, drawing Wisconsinites to the state’s capital for a weekend of family fun and celebration.

Small business owners in the downtown area have already felt a downward trend in consumer spending.

“The event attendance, sponsors and partners had begun to dwindle prior to the pandemic...but as the event got older, attendance decreased and costs continued to rise, no sponsors stepped forward to run the event and it was almost done before the impacts of the pandemic,” said Tiffany Kenney, executive director of Madison’s business improvement district.

These decisions aren’t made by the business improvement district alone. The Wisconsin Small Business Development Center, a statewide network that provides free consulting and business education to entrepreneurs and business honors also had a say.

“That’s one of the things our city does well, is we understand the impact of having an event here. Everybody works together, when you think about the number of events we have in our city, they have to,” said Michelle Sommes-Booher, director of the center.

Sommes-Booher explained that small businesses have already adapted to a Halloween weekend without Freakfest.

“For some businesses there will be no impact and for others there could be,” he said. “However, with the pandemic the last couple years, they haven’t had it anyway. So they have already had to make the adjustment to not having that revenue over this weekend.”

The University of Wisconsin–Madison does not have anything planned specifically for students, which may cause large gatherings to reemerge, but police are ready

“Our officers are always ready to respond to what we have going on in our community. We know that Halloween is a big celebration with or without Freakfest and we will be prepared with the appropriate level of staffing,” said Hunter Lisko, the Madison Police Department public information officer.

While there may not be Freakfest, there are still events taking place in Madison over the Halloween weekend, such as hayrides around the Capitol Square, family trick-or-treating and a “Hocus Pocus” movie night, all taking place downtown.