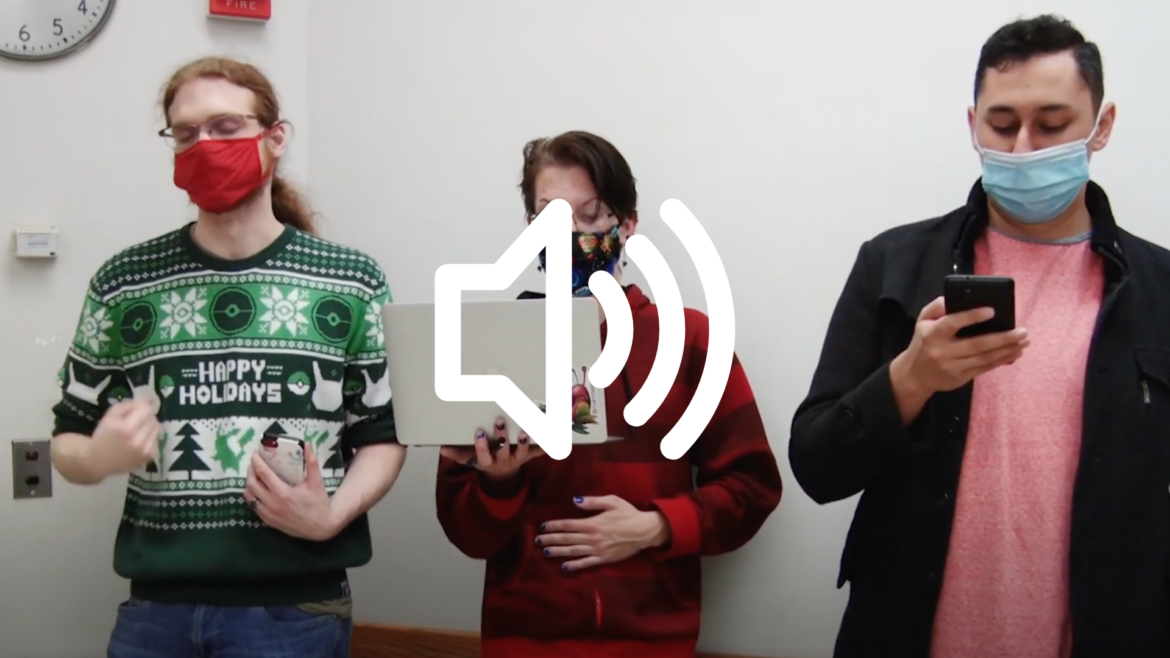 Students from different backgrounds come together in harmony through Jewop, a UW–Madison campus A capella group. This story was originally produced for The Badger Report, a newscast by students in Journalism 425: Video Journalism at UW–Madison. View more from the Badger Report.

Will Sobol: “We are a culturally Jewish A capella group, which means that we do music by Jewish artists or whenever we can we do traditional Jewish music as well.”

Lauren Langeberg: “A capella is a way of performing music without instruments, so we sing all of the parts that instruments would usually make up in a song.”

Will Sobol: “I just love that kind of music, and classical, I suppose, classical genres like that, there’s not any other a cappella group on campus that does that.”

Will Sobol: “I found what I was looking for here.”

Lauren Langeberg: “It wasn’t so much the focus on Judaism. It was just the people that were involved. I was really drawn to them. They were very welcoming and open.”

Jonah David Herman: “I came and I auditioned, and I really liked the people. So, I-I am Jewish also, so that is convenient, but so I, you know, I came for the a cappella and I stayed for the people.”

Lauren Langeberg: “It’s definitely grown. I didn’t know very much about Judaism before I joined this group, and I’m learning more and more every time that I come to a rehearsal.”

Will Sobol: “I didn’t know a lick of Hebrew or Yiddish but learned a bit of that now.”

Jonah David Herman: “There’s some songs that I’ve been singing for my whole life, and I’ve never actually had to really think about what they mean and now I do.”