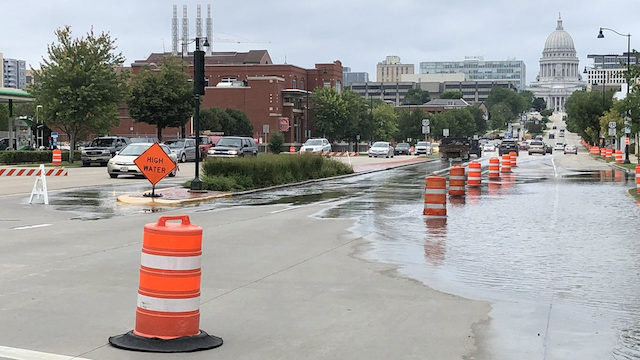 The City of Madison recently launched a new website to report storm-related problems following the historic flooding in late August.

Flood clean up and damage repair is ongoing. According to the Waterways 2018 newsletter, City Engineering received hundreds of contacts regarding damage stemming from the flood waters. But members of the department realized there were likely many more incidents that had not yet been reported.

And, the lake levels remain high, which can lead to ice damage along the shoreline and potentially more flooding come spring.

The City launched its new website to track flood-related damage in an effort to understand the magnitude of damage. City Engineering hopes to hear from residents who have yet to report any damage, as well as those who have. The department asks anyone who reported damage via 2-1-1 or other methods to re-report through the new site.

However, the website is not meant to offer reimbursement for any damage and repair costs. Rather, Madison residents can apply for reimbursement through FEMA.