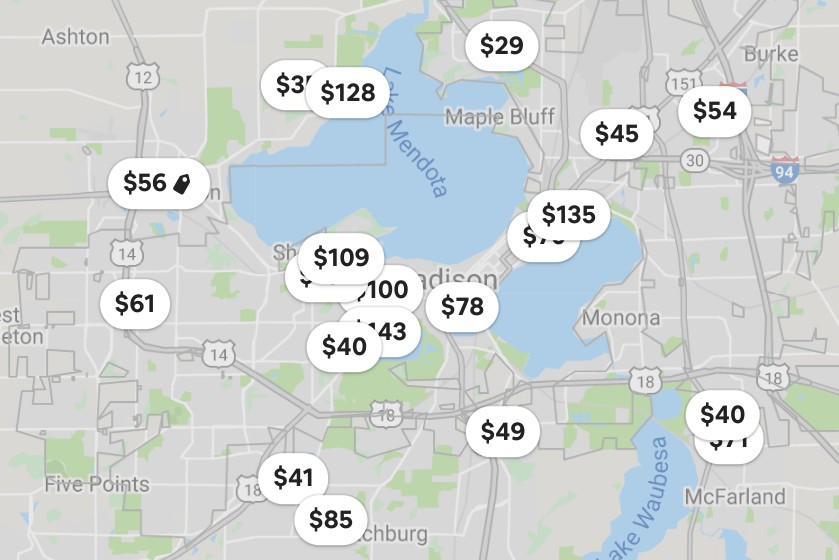 The proposed revisions, sponsored by Alders Arvina Martin, Shiva Bidar, Patrick Heck and Marsha Rummel, include increased permit costs and new documentation requirements for hosts. The proposal has stirred conversations within the past few weeks. Officials intend to crack down on illegally-operating rentals to protect legal operators and try to increase neighborhood safety, but over two dozen people registered in opposition to the proposed changes.

In Wisconsin, rental of a whole or partial residence to visitors for less than a month is legally known as a Tourist Rooming House (TRH). TRH establishments, better known by trade names like AirBNB and VRBO, have a stake in the success of Madison’s tourism, according to Diane Morgenthaler, Executive Vice President of the Greater Madison Convention & Visitors Buerau. She noted that AirBNBs are an option the modern traveler expects to have available.

“They create opportunities for visitors to have an authentic experience in our community and provide extra rooms for times when we have large-scale events occurring in town,” she said.

TRH establishments can make a traveler’s stay feel more unique and personal, with hosts often acting as local experts and tour guides for their visitors. For Jonathan Weerts, a Madison resident and host of a TRH in Chicago, this is what sets AirBNBs apart.

“It is amazing how much a personal touch can add to someone’s experience when they are in a strange city,” he said.

Weerts often recommends his personal favorite local places to his visitors and says they usually end up enjoying them as well.

“People go to local spots they otherwise wouldn’t go to,” he said. “I think that short-term rentals help the economy tremendously.”

Although there are many benefits that come with the presence of TRH establishments -- including more supply and diversity of visitor accommodation -- there are also negatives, according to a community workshop presentation by the City of Madison. These include reduction of rental housing stock, nuisance and safety concerns, noise and trash concerns, loss of neighborhood character, and neighborhoods feeling more like hotel districts.

In the past, the Zoning Department has received a significant amount of complaints about certain properties becoming “neighborhood hotels.” The decentralized nature of TRH regulation made enforcement of the ordinance tricky.

“We’ve had some problem properties and we’ve gone to those properties that we know are operating illegally. We had a strong inkling that it was happening,” said Zoning Administrator Matthew Tucker. “We showed up with the police because we wanted to try and put the bad ones out of business. We thought maybe if we could get people who rented them to put bad reviews for their stay on there, that would be good, because then [visitors] would say, ‘I was staying at this place, and the police showed up, and they told me it was illegal.’ The problem is, the people who are staying in them are also rated by the people who run the AirBNBs…We weren’t able to get any traction on that.”

In an effort to minimize the negatives of TRH operation, revisions to the current ordinance are aimed to crack down on so-called “ghost hotels,” or properties that exist solely as short-term rentals.

“It’s a critical part of our hospitality industry, and we want to support that as much as we can, while at the same time protecting the neighborhoods,” Tucker said.

Under Madison’s current ordinance, TRH establishments are required to be licensed through Public Health Madison & Dane County. They must comply with annual inspection, pay an initial fee and pay an annual fee to operate. A TRH must also be the operator’s primary residence, with the exception of a 30-day allowance for operators to rent out their space without being present.

Tucker said there are currently about 245 TRH establishments in Madison that are properly licensed by the Health Department for short-term rental.

The proposed revisions to the current TRH ordinance would require each host to keep a guest registry ready for inspection with all information from the current registry year and the year immediately prior. The registry must be reported to the Zoning Administrator report three times per year with indication of the identity of all guests, dates of stay, length of stay, guest license plate number if applicable, whether the operator was present or absent during each date of the stay and a listing of all websites and places where the TRH operator has advertised. Failure to submit two such reports would be grounds for automatic revocation of TRH permit.

“This permit process is going to create a central focal point that is the main place people will interact, the main way they’ll come into the system.” Tucker said, adding that the Zoning Department will help operators to register properly and connect with the Health Department.

Some Madison AirBNB hosts have expressed privacy concerns about the new documentation requirements. Susan M., who has been operating her rental for just over two years, says she is up to date with the Health Department’s renewal requirements.

“I think it is no one’s business who stays at my house. This is a private home. Don’t we have rights?” she said. “I think the hotels and other hospitality businesses are pressuring the city. There is a need for this type of business. Not everyone can afford a hotel room, demand shows it.”

Other feedback about privacy concerns was expressed in a Plan Commission meeting on January 27, Tucker said. He said that in response to such feedback, the documentation regulations have been shifted to require only the name of the person making the reservation and a mailing address, telephone number or email.

“We need information points to be able to check and see if [the operators] are paying the room tax, if the owner was present or absent. We need to do all of these things to make sure the ordinance is being followed,” Tucker said.

In the wake of the situation, AirBnb sent an email to Madison hosts encouraging them to attend the Plan Commission meeting in early February. Hosts were provided with a form letter asking the Plan Commission and the Common Council to “respect [their] privacy and the privacy of [their] guests when it comes to sharing personal information or inspecting [their] homes” as well as to “rethink the proposed registration fee.” The form called the ordinance’s new documentation requirements “unnecessary and burdensome” and argued that “the city already has effective noise and nuisance regulations to keep [its] neighborhoods safe and livable.”